Or Further Back to… 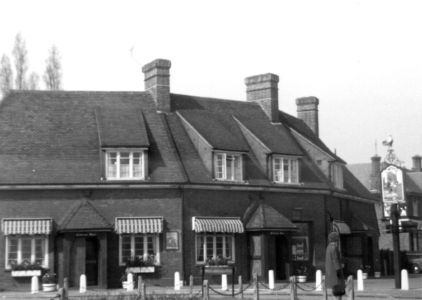 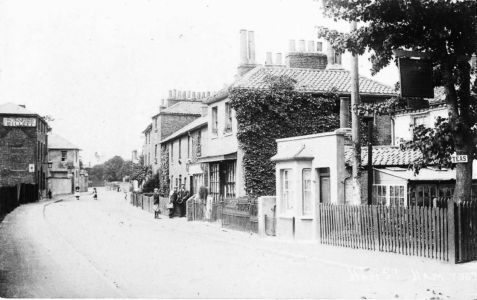 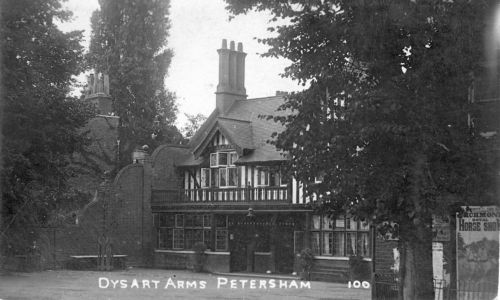 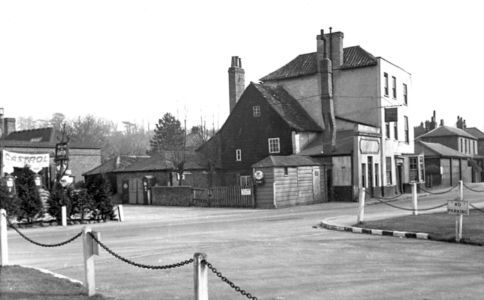 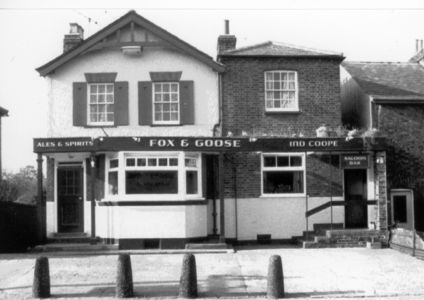 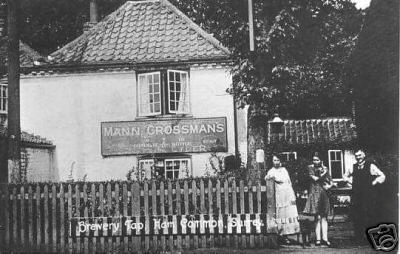 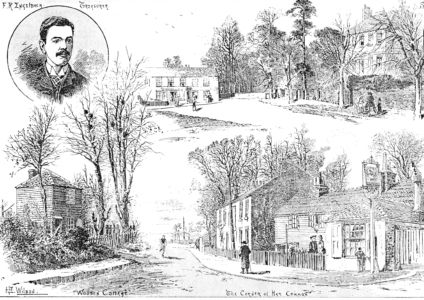 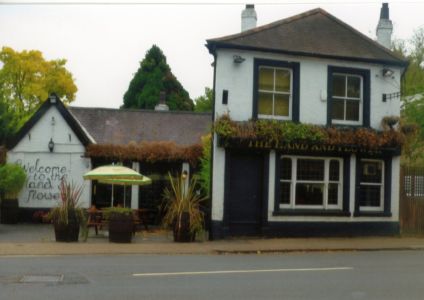 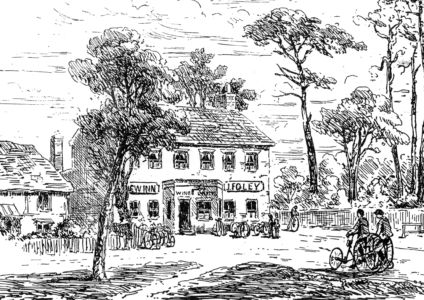 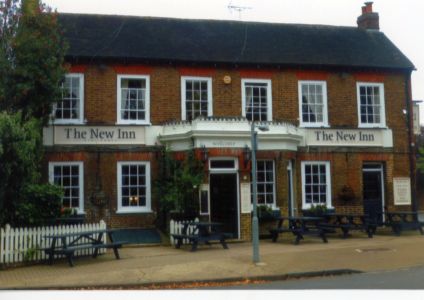 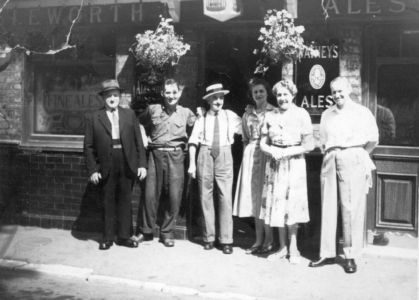 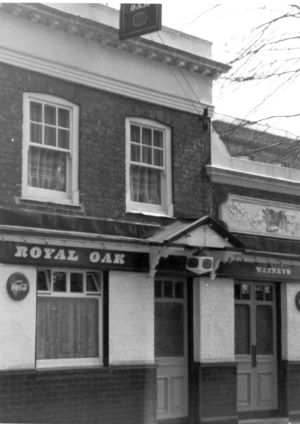 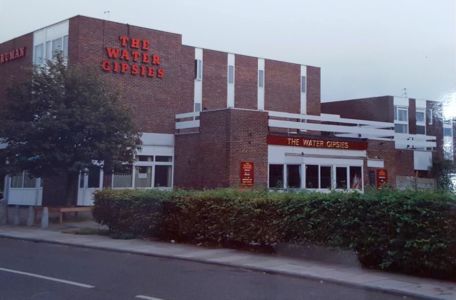 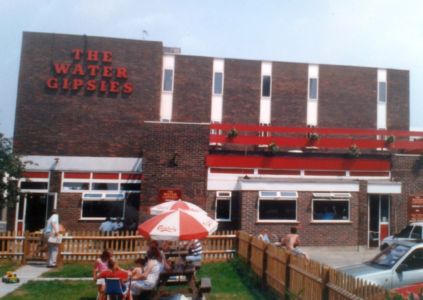 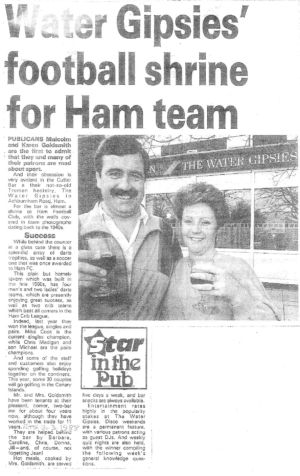 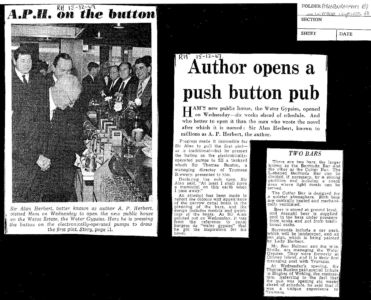 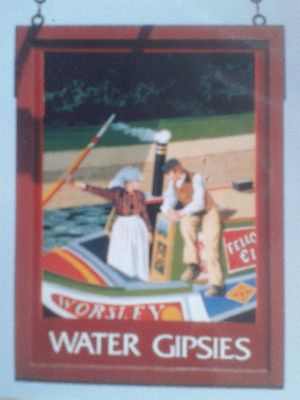 Ham Polo Club (The London Polo Club) is one of the oldest remaining polo clubs in the UK it was established in 1926.  It began life as the Ham Common Polo Club with one ground on Church Road next to Brown Gates House and another at Parkgate House.  After Church Road the Club had a full sized ground north of what is now Holly Lodge.  During the Second World War this was turned into a market garden.  After the war the club began playing on the ground at Roehampton Gate.  In 1950 George Stevens, who owned Manor Farm agreed to convert and lease the original wheat field into a polo ground and the orchard into a stick and ball practice field.  In 1965 a fire destroyed the original clubhouse but by the following season the members had purchased and erected two army Nissen huts from the temporary wartime barracks in Richmond Park still in use today.  In 1970 the club purchased the freehold.  In 1995 the land behind the clubhouse which had been Kings College Cricket ground and then paddocks came up for sale and was purchased by the club.  In 1996 Prince Charles officiated at the opening of the new Jubilee Ground.  In 2003 a state of the art irrigation system was installed, in 2005 works were completed on the decking project  and in 2008 a new all-weather exercise track was installed, a club livery business established and the Club was rebranded as HPC the London Polo Club.

Polo has been played in England since the nineteenth century.  Soldiers who had learnt the game whilst serving in India could be seen enjoying a game of ‘hockey on horseback’ in Richmond Park.  In 1870 a match was played in the park between a team of light cavalry, the 9th Lancers and 10th Hussars, and the heavy cavalry comprised of Life Guards and Horse Guards.  The heavy cavalry won and afterwards retired to the Star and Garter Hotel for a jolly good lunch.

At one time there were several Polo Clubs in this area including Roehampton, Ranelagh and Hurlingham, all of them benefitting from Richmond Park’s practice grounds. Near Roehampton Gate, gauchos and turbaned Indian Sikhs exercised their ponies before riding back across Putney Bridge to The Hurlingham Club.  Edward Tauchert described how, when crossing Putney Bridge, a pony shied when it heard a tram bell.  The startled pony jumped over the parapet and into the Thames carrying its groom with it.  It was their good fortune that the river was at high tide and neither was hurt, albeit rather wet!

In 1927 Loftus Storey and his wife Una founded The Ham Common Polo Club (the forerunner of Ham Polo Club).  Club members played on an undersized, unboarded ground prepared on the left of the Storeys’ home Brown Gates (now known as Cedarwood) in Church Road.  Mr Storey was always interested in finding good polo ponies and drove around the country in his Packard motor car accompanied by his neighbour William Wilcox and Johnny Traill, an accomplished Argentinean player and trainer.  Polo was not played during WWll but was revived afterwards and the Brown Gates field was planted with fruit trees.  Between 1947 and 1949 Loftus Storey was the Honorary Secretary of HPC.  In 1951 Mr Storey, who was considered to have inspired the County Polo Association, wrote the book ‘The Training of Mount and Man for Polo’

William (Willie) Arthur Wilcox made a full size, boarded ground (albeit an odd shape) in the garden of his home, Wilmer House in Church Road.  During the 1930s William Wilcox and his daughter Violet regularly rode with The Blackmore Vale Hunt and Mr Wilcox took up polo in his 50’s when he was tutored by Johnny Traill.  A third polo ground was prepared in the grounds of Parkgate House the home of General Carr.  In the summer of 1939 a team from Ham Polo Club, which included Violet Wilcox’s husband Edward Tauchert, competed in the Deauville tournaments.  By August the tournament continued but the threat of war hung heavily over Europe.  Edward Tauchert decided not to wait until the end of the tournament but to return to England sharing the horsebox accommodation with his pony.  War broke out and those players who had remained in Deauville for the whole tournament were unable to bring their ponies back home.

After WWll there was a polo field within the grounds of Latchmere House.  Brian Healy recalls using a polo pony to pull a concrete roller borrowed from Wilmer House to level an area which had been used as an exercise ground for the POWs.

Although scant details of the club’s earliest records remain, it is know that in 1936 Captain Tom Brigg had invited Billy Walsh to run and teach at his Equestrian Centre on Church Road.  During the previous three years Billy had been training Argentine ponies at the Roehampton Polo Club and was noted for his skill which he is said to have gained in the USA.  Billy served in the army during WWll, after the war he returned to Ham to learn that Tom Brigg had died and that the Equestrian Centre was being offered for sale.  With his army gratuity Billy Walsh was able to buy the centre.   In its earliest days the grounds behind the Equestrian Centre was used for 2-aside games.  Billy Walsh is recognised for having revived Ham Polo Club in 1946 and working with Lord Cowdray and Arthur Lucas to revive the game of polo in England.  In 1947 despite having few members, the Ham Polo Club team, which included Billy Walsh who was a 5-goal player, won the first tournament held post war, the much prized Roehampton Trophy. In 1977 Billy stopped playing; he was elected President of HPC in 1987.  His daughter Peggy Healy was polo manager from 1965 – 2000; his grandson Tim Healy was polo manager in 2001 and since 2012 the post has been held by his grandson, Will Healy.  Through Billy Walsh’s excellent tuition many players are now internationally known.  Many residents in Ham today remember Billy Walsh and his family with fondness.  Some have described being able to assist in the exercising of the ponies, remembering of course to hold the reins with one hand, others have described the jobs they had at the centre whilst still at school. The Equestrian Centre moved from its original site in 1997 and has been replaced by an extension to Parkgate House)

Johnny was born in England and was of Anglo-Irish descent.  Johnny and his two older brothers spent much of their early life in Argentina where his parents bred ponies.  Returning to England his skill as a polo player earned him international celebrity; he became a 10-goal player.  In the 1920’s he settled in Putney and competed for the UK team.  His skills were recognised by the Roehampton Club where he played and coached.  He was invited to coach players in Ham after WWll when Ham Polo Club became the sole surviving club in Greater London.  Johnny Traill continued to play until he was 74.

In 1951 Major General Carr was able to obtain the help and co-operation of contacts within the Ministry of Works and the Richmond Park Authority to secure a ground near to Ham Gate which is used for Stick-and-Ball practice.  In 1954 a ground near Roehampton Gate was prepared and used three times a week for chukka practice but is now used by golfers.

Today Ham Polo Club is sited on land once part of Manor Farm’s orchard and market garden.  This farm had been leased from the Dysart family by the farmer George Stevens.  In 1954 the farmer agreed to clear the orchard and sow the ground by hand.  He took the first year’s crop of hay before preparing a much admired polo ground which was leased to Ham Polo Club.  The boards for the ground came from Billericay where pre-Second World War there was an active club owned by Frank Buckingham.  In 1965 a fire destroyed the clubhouse but the club members acquired a former army Nissan hut, which had been part of the wartime barracks in Richmond Park; it has been modified and continues to be used by the club today.  In 1969 the current Pavilion was threatened by another fire; luckily it was discovered and extinguished before it had caused much damage.  In 1970 the club members purchased the freehold of the polo ground from Buckminster Estates with a combination of members’ subscriptions and a bank loan.

Ham Polo Club has a number of tournaments with cups donated by its members:

Harrison Barber Cup – this was played for on the first polo ground beside Brown Gates.  Players like Billy Walsh and Alan Roberts played.  Alan’s father watched from the side-lines offering £1 for each goal scored (a great deal of money at that time).

The Anthony Cup – donated by the father of Anthony Chapell to help those budding players with low handicaps.

The Roehampton Cup – When the Roehampton grounds were taken over by golfers, Edward Tauchert managed to obtain this cup from the Roehampton club.  This cup had first been played for in 1907 and is competed for annually.  Apart from the Ham Tournament Cup it is considered to be the senior cup.

The David Healy Trophy – presented in memory of David Healy, the US actor, amateur polo player, husband of Peggy Walsh and father of Will and Tim Healy.

With thanks to Nicholas J A Colquhon-Denvers, Chairman, The Ham Polo Club, Will Healy, Polo Manager and club member Christopher Tauchert who shared his memories and those of his father, Edward Tauchert.

Horace A Laffaye – Polo in Britain: A history

Horace A Laffaye – The Evolution of Polo

Horace A Laffaye – Profiles in Polo: The Players Who Changed the Game