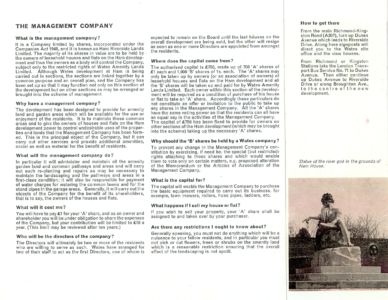 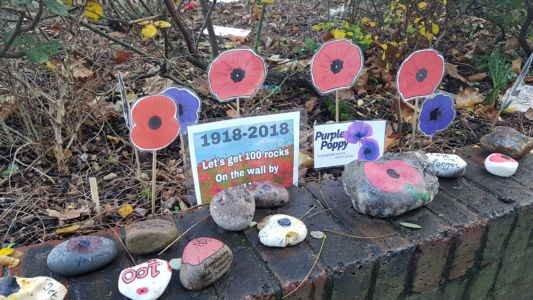 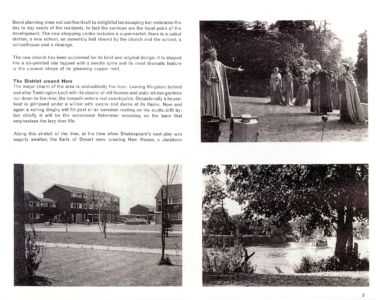 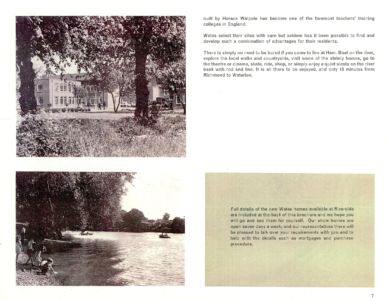 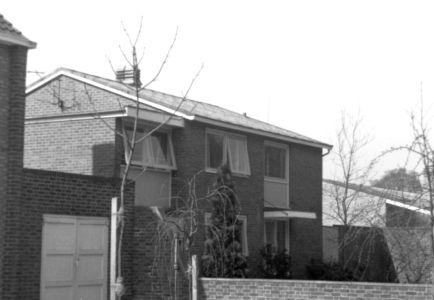 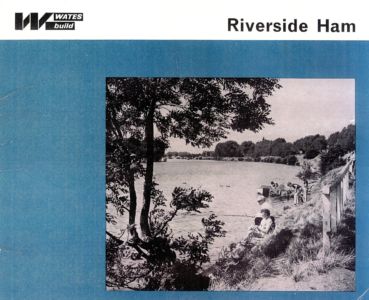 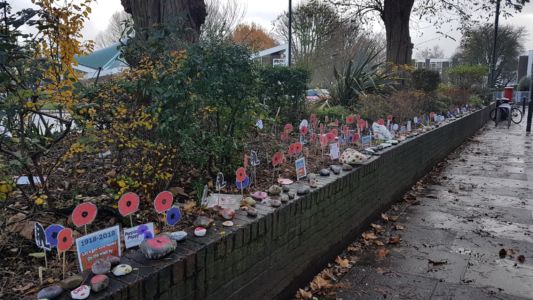 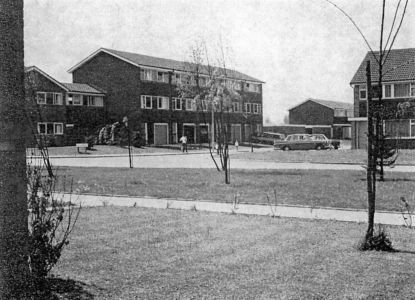 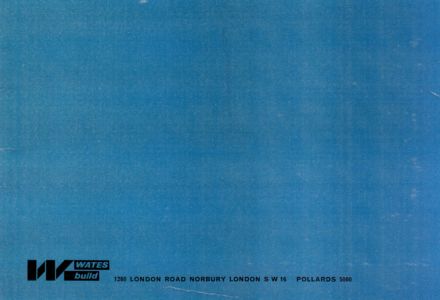 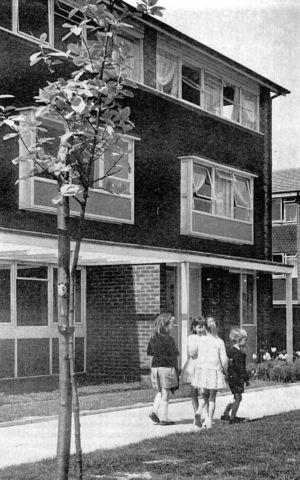 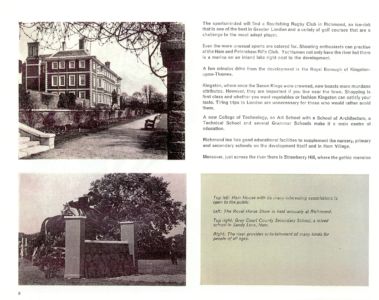 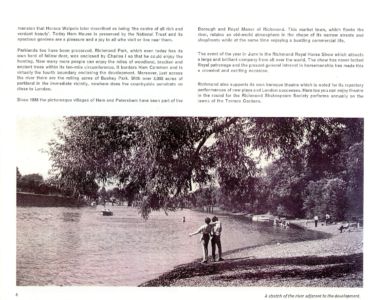 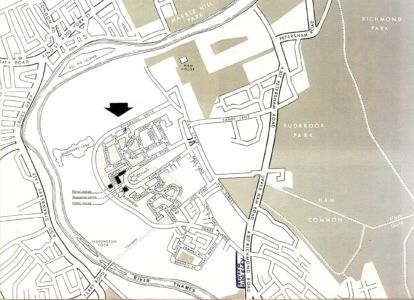 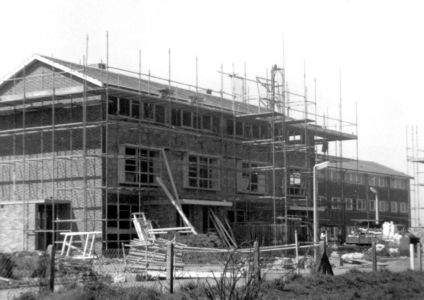 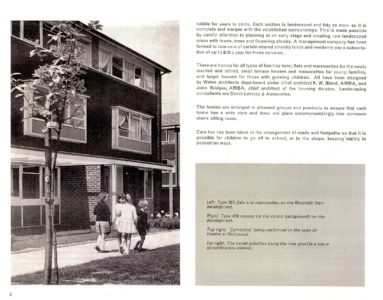 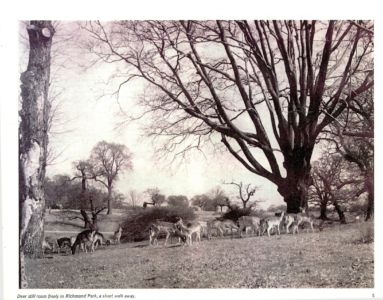 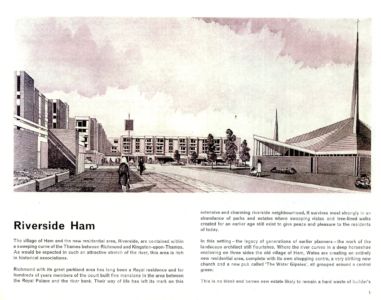 Wates got planning permission for the estate in 1960.  The land was former gravel pits and the blocks have concrete rafts underneath.  The area covers 60 acres and the plan was to build 700 homes as well as two schools and a church as well as two parades of shops, a petrol station and a pub.  Wates also built the wide part of Riverside Drive with the intention of building on another 33 acres between the road and the river (see Riverside Lands).  The estate was built between 1962 and 1967 starting with Simpson Road and finishing with Perryfield Way.  Most of the estate has active management companies although the common areas in the earliest part are looked after by Richmond Council.  All houses had hot air central heating but little insulation.  Only one row of shops was built.  Albany Court was originally intended to be a row of shops with maisonettes above.  The petrol station has been replaced by flats and the pub by flats and a day nursery.  Ham Infants School was merged into St Richards school in 1981 and the building is now the Woodville Dementia Centre.