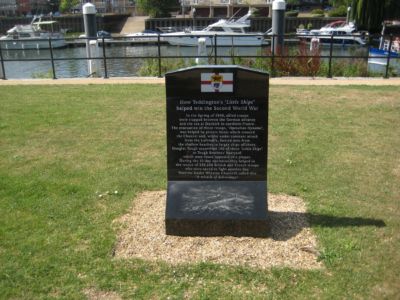 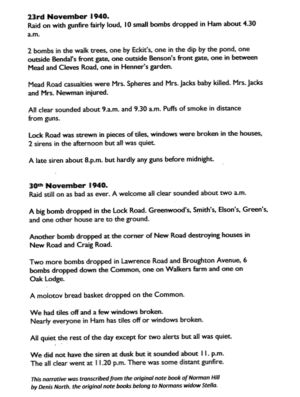 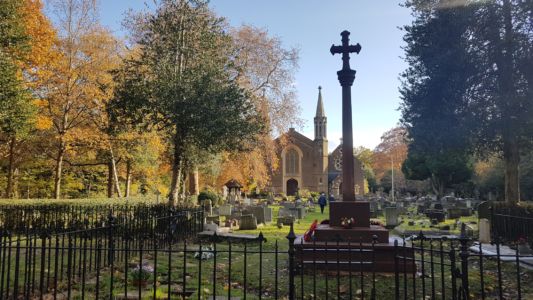 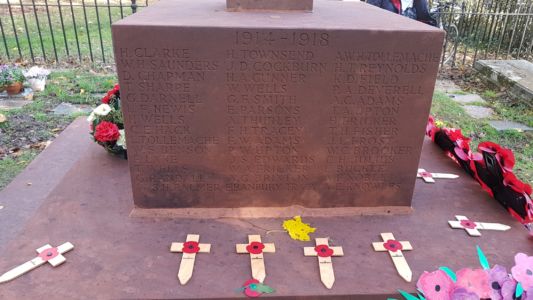 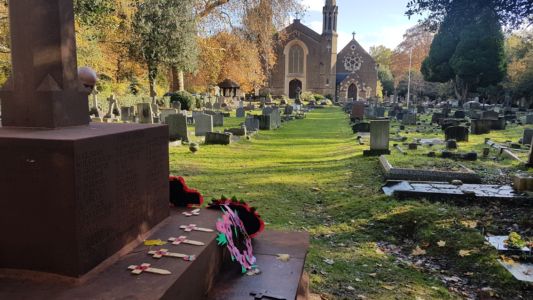 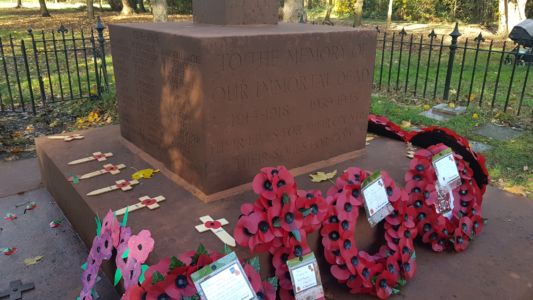 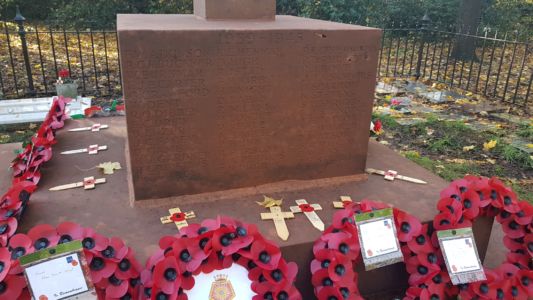 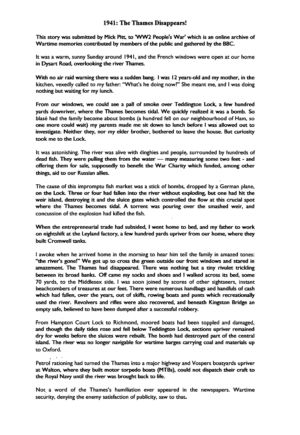 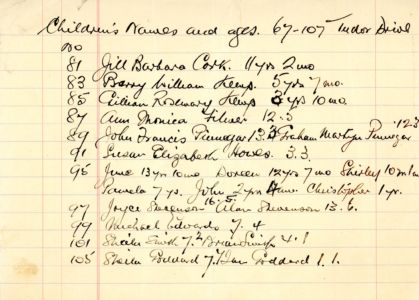 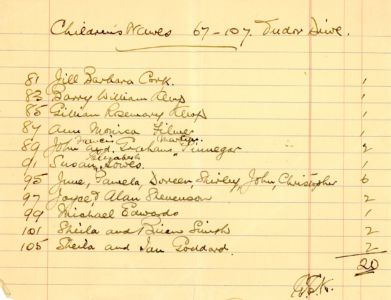 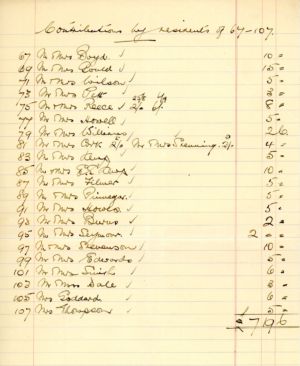 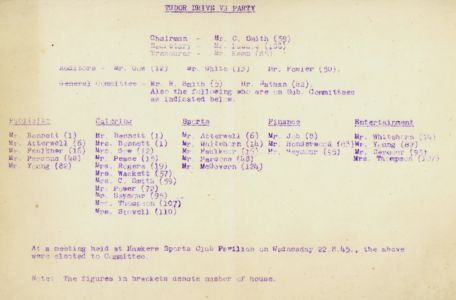 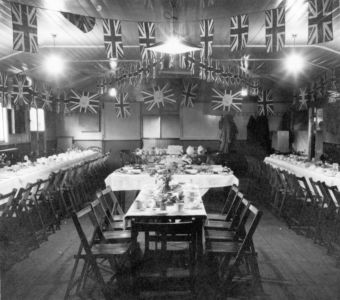 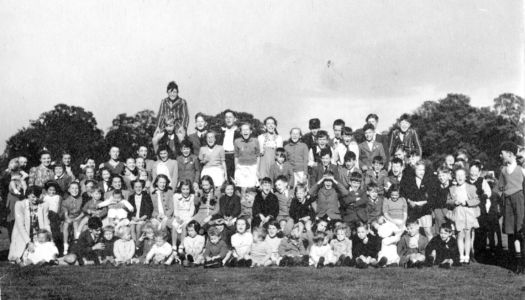 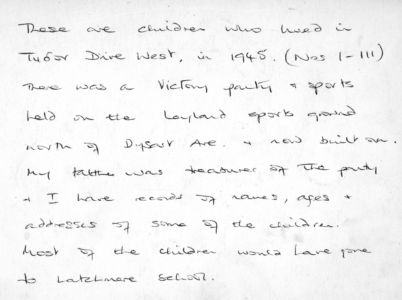 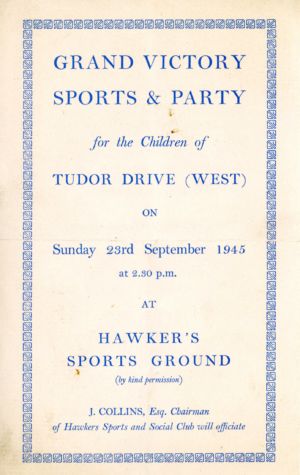 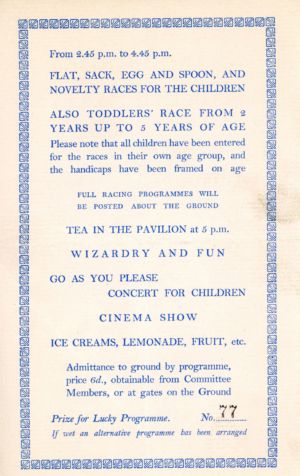 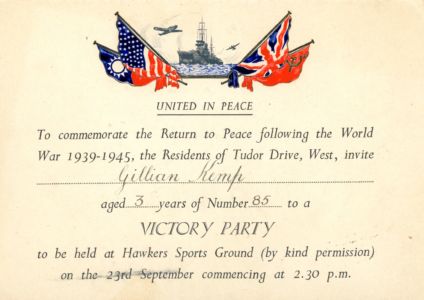 At the outbreak of war Ham was a very different place from that governed by Ham Urban District Council up to 1933. Housing developments now covered most of the area between Ham Street and the gravel pits. There was one primary school in Ham and one in Petersham. There were two churches in Petersham and two in Ham. There were still three farms. Control of the Tollemache family’s land and property was vested in the Buckminster Estates which restricted development in the area including a late 1930’s plan for a fire station with a mother and baby clinic and decontamination centre which was turned down, however a searchlight was installed on Ham common to the north of Ham Gate Avenue in 1938.

The Effect on Ham of the outbreak of war

The most immediate effect of war on daily life was the blackout and the obligation to register for military service and food rationing. The principal grocers in Ham and Petersham were Chinnerys on Petersham Road and David Fieldson in Ham Street. The local office of the ministry of Labour and National Service where men received their call up papers was in Onslow Hall, Little Green at Richmond. There are no records of how many men from Ham and Petersham were called up but it is likely to have been around 1,800. The WVS, set up in 1938, was led in Richmond by Mrs Nicol. In July 1941 Ernest Bevin visited Richmond and a meeting was held at Ham Institute.

There was initially no provision for shelters in Ham but later Anderson shelters were provided. The first local air raid shelters to be built were on Ham Common, in a tunnel on the site of Bute House and beside the Russell School in Petersham. Morrison indoor shelters came after that. Surface community shelters were erected on the Ham number 4 estate and as late as 1944 adjacent to Ham School. Air Raid Warden posts were in Ham School (X) in a hut on the golf course (Y) while the Petersham post was on land opposite the Fox and Duck

Sir John Anderson was the minister in charge of civil defence arrangements (including the garden shelters named after him). Herbert Morrison (also of shelter fame) took over as Minister of Home Security in October 1940. The Local Defence Volunteers, also known as the Home Guard often participated in civil defence operations but uncertainty over their status was not clarified until the end of 1941. Richmond Home Guard comprised about 140 men divided into 3 platoons who usually trained in Richmond Park (which was closed to the public for the duration) or on Ham Common. The Commander of the Ham and Petersham platoon was Lt Col A T Amoore who was based in South Lodge, Ham Common. The worst night of the blitz locally was 29 November 1940 when members of the Home Guard were on duty for 14 hours. Local newspapers like the Richmond and Twickenham Times were obliged to follow censorship rules so are not particularly useful for information about the war. In 1942 an invasion exercise took place in Ham and Petersham as a German invasion still seemed possible.

Surrey County Council decided that Richmond was a neutral area so not in need of evacuation although some families made private arrangements. Ham did get some of the evacuees of the 1000 that Richmond agreed to take in September 1940 and a centre was set up for them at South Lodge. South Lodge was also used for a British Restaurant. After the V1s started in 1944 Surrey agreed to evacuation and many went to Wigan.

Many of the large houses in Ham and Petersham were used for the war effort, hosting events to raise morale and money. With so many mothers going out to work and fathers away a nursery was set up in Grey Court in 1943 although it always struggled to get numbers from Ham and Petersham. A Boys Club was built in Back Lane in 1941 and a Girls Club, meeting at South Lodge, was formed in 1942. Buckminster Holdings provided land for allotments and several acres of Green Belt land were also used.

Village life in Petersham was dominated after September 1940 by a secret establishment for research and training on the use of radar for anti-aircraft guns and searchlights. All Saints church, the Vicarage, Petersham Village Hall and Elm Lodge plus 3 other houses were commandeered for the duration. It was known locally at the time as the Radio School. People in Petersham may have been surprised to meet American and Canadians attending the school but this was the result of Anglo- American scientific collaboration, in place even before the Americans entered the war. They grew accustomed to seeing men of high rank going for a drink in the Fox and Duck or the Dysart Arms. The most obvious effects on village life were the noise and inconvenience of so many extra people and vehicles. The church could be used for military hardware because it had never been consecrated. Experiments were also undertaken in the open using balloons and hiring aircraft. In 1943 an Avro Anson crashed on the roof of Elm Lodge but fortunately no one was killed or injured. The requisitioned buildings were restored to their owners in April 1946.

Latchmere House which was unused at the beginning of the war was chosen as an interrogation centre for enemy spies. Additional accommodation was provided and security levels were raised. All proved or suspected agents were sent to Ham. The Head of Camp 020 was Lieutenant-Colonel Robin Stephens known as “Tin-Eye”. Although a figure of terror to inmates he seems to have been popular with colleagues. The aim of interrogation was to get and much information as possible and then to try and turn the prisoners into British agents. Ham was known as one of the two most important sources of information with over 100,000 Intelligence Cards in its Registry.

On 29 November 1940 a land mine hit the roof causing severe damage to the Officers’ Mess, living quarters and the offices and in January 1941 bombs fell on the site but there was little damage. Contrary to rumour, neither Rudolf Hess or William Joyce were ever held at Ham.

After the end of the war, many Victory parties were held. Mead and Craig roads held theirs at Ham Institute, Lawrence Road and Langham Gardens combined as did Mowbray, Sheridan and Ashburnham Roads. Broughton Avenue hired a Punch and Judy show. A party was held at the Fox and Duck with the Mayor and Mayoress. Thoughts now turned to post-war reconstruction and “Towards a Plan for Richmond” was published by the Council in 1945.